Working with woodworking machines nearly always require dust control. Machines like the planer or thicknesser produce large quantities of dangerous wood chips and fine dust and not just sanders. The process of sucking up a fine dust of the floor etc will put some of that dust in the air. Using the right system can help reduce cleanup and inhalation of airborne dust. As it stands the Cyclone separator is my preferred system that is currently available.

The most common type of dust filtration and often the main filter on low-cost dust extractors. These bag filters are often 5 microns efficiency when new. As they age they become blocked and efficient letting much dust past the filter.  The concept is widely used in vacuum cleaners other than Dyson who uses cyclone technology. 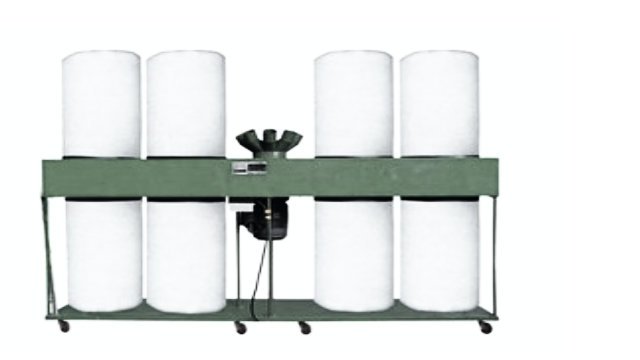 These bag filters are made from polyester, nylon and polypropylene and deteriorate with use.

How does the Cyclone work?

What is a Cyclone Separator?

The Cyclonic theory is old technology from 1885 but today we think of James Dyson as the innovator. James Dyson just used the concept to make vacuum cleaners that suck well but then break!

The cyclone separator dust collection system works by creating centrifugal rotation powered by a high volume of forced air. The vacuum machine provides the air force to the widest point which is also the top of the upside-down cyclonic cone. The side of the cone has a dirty air input at the widest point where you attach your vac house or machine. The narrow end of the cone feeds a sealed container that collects the dust particles down to at least 1 micron.

Basically, the suction machine causes the cone and container to create a negative pressure which breaths from the dirty air input. The airflow is whizzed into a cyclone or mini tempest but now the clever bit starts to happen. As the dust or wood chips rotate they are forced to the narrow section of the cone. Too far from the suction source and travelling at high speed, the inertia just forces the debris into the container. The concept evolved from nature!

In this video, you can actually see the cyclonic action at 14:12

I have placed a light behind the cyclone so you can how the dust is forced into the container.

How big is a Cyclone separator?

The exhaust of these larger machines goes through a pleated canister filter making them ideal for mounting inside the workshop.

Upgrade any make and model shop vacuum into a two-stage dust control system with our patented cyclone separator. Removes over 99% of dust and debris from the airstream, containing it in an easy-to-empty 5-gallon, 100 mils heavy-duty bucket before it ever reaches the vacuum – virtually eliminating filter clogging and suction loss! Kit includes everything you need to connect to the vacuum including 3′ vacuum connection hose, elbow adapters, caster wheels, and a dual “sidecar” bucket for mounting to the vacuum directly.

You can buy shop vac cyclones on Amazon such as:

Cyclone two-stage separation provides more working CFM than comparable horsepower single-stage units. Heavy debris is pulled down to collection drum before debris stream reaches the filter, providing constant suction. Fine dust particles are filtered through pleated material that captures even the smallest particles down to 1 micron and below

Large particles fall into the 66-gallon drum with quick-release levers and independent casters for quick emptying.

This unit has a remote control system included. Swivel casters make it easy to move the unit around the shop

Available for a low price on Amazon

We receive a small commission from Amazon from the affiliate links in this blog. 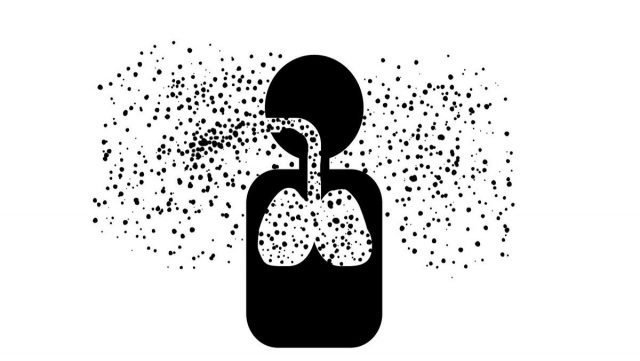 Why is workshop dust dangerous?

Dust from wood is not just dust! Wood contains VOC(Volatile Organic compounds) which are toxic such as Formaldehyde. It is very important to protect our selves from these toxins and so we must do what we can do to lower the levels in our workshops. Conditions such as emphysema is a serious condition that can be caused by prolonged inhalation of fine dust. Dust is a medley of organic, artificial and chemical compounds.